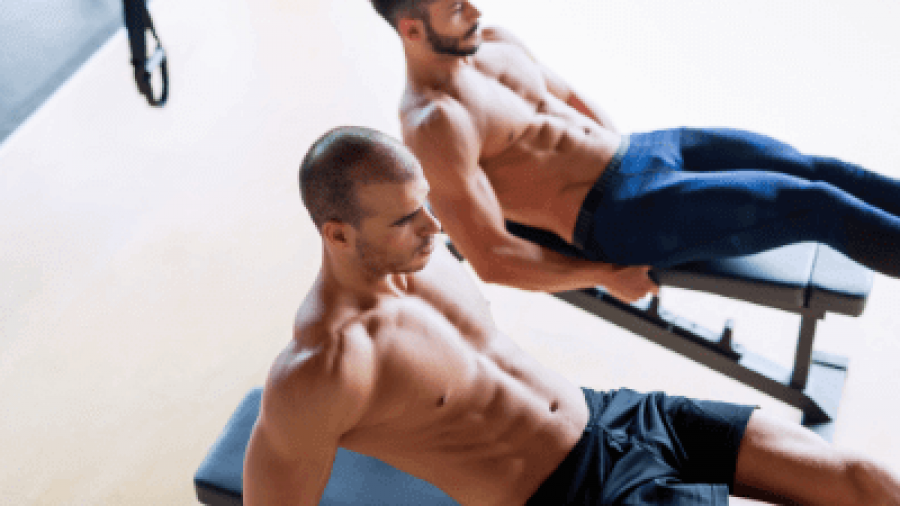 I get a lot of questions about abs.

It seems to be the major goal for most people who are as part of the way in their training, but haven’t quite reached the level that they want to be.

Visible abs are often what makes us think of people as really fit. If you see strong abdominals and they’re visible under not much fat, then you’re like, oh, that person is fit.

Which abs exercise is most effective?

Well really it depends on what your goals are. Often. If you’re just looking for those physique benefits and you just want your abs to look good, then you want to focus on the rectus abdominis. It is a muscle just like any other that can be trained. You do want to be training some forward flection. So coming back and then forward again, in order to train specifically the rectus abdominis, the six-pack muscle, but you have other muscles in there as well.

The Importance Of The TVA

So the TVA, which I focus a lot of videos about, because I think it’s really important. If your TVA is not strong enough, and you’re just doing a lot of rectus abdominis exercises, you may get back pain, or you may actually get a separation of your abdominals if you really, really overdo it. And you’re predisposed to that particular condition.

That’s called diastasis recti. I’ve had it myself when I was pregnant and I’ve managed to kind of get that back together again, and at least have strong enough abs.

Now I’ve done a lot of videos about the stomach vacuum. A lot of people are interested in that one.

There is a regular stomach vacuum, the traditional bodybuilding style, where you’re pulling in digging your ribs underneath and you’re holding your breath for the most part. Although I prefer the version where you’re breathing a little bit, I just find it more comfortable.

There’s the stomach vacuum with a twist. I demonstrated that in one video, I don’t think that there’s one particular exercise that’s perfect or that is the ideal exercise.

There’s no one best exercise. So there’s probably not one best of anything really. It all depends on your particular situation. What you’re trying to achieve.

I do like the stomach vacuum, but I don’t use it that much.

A lot of the ab work that I do is TVA exercises. Kind of gentle stuff, really, but it does require a lot of control and a lot of practice to do those correctly. So I’ve got some videos of TVA exercises that all link up at the end and in the description.

Are Planks The Best Abs Exercise?

There are also planks.

And I just recently did a video where I showed 25 different types of planks.

So that can make things quite interesting.

The thing with planks is that they’re quite good for beginners, especially if you’re not quite comfortable pulling in your stomach. It gives you the gravity to work against, and then you can train your stomach to pull out.

So you are working the TVA for that exercise as well, but you’re not doing any flexion and extension. So there’s not really as much rectus abdominis work happening there, but you are going to get shoulder work. You’re going to get, even your legs are going to feel it when you tighten up. Maybe your glutes, depending on which plank exercise you do. It can really be a full body workout when you do a plank.

I’m not saying that planks are the best. I’m just saying for that particular purpose, if you want to work a lot of muscle groups at once, they can be helpful.

What About The Obliques?

One thing we didn’t really cover yet is working the obliques.

So that’s the internal and external obliques, and those are used to rotate your body from side to side. And obliques are quite important if you’re involved in sport. And you’re really interested in just having that solid mid section, that’s going to be able to take hits if it’s like a rugby or football game or you’re in martial arts.

You need to be able to turn effectively for their punches and kicks. So the obliques play a big part in those actions to really the best abs exercise depends on what you really want to get from it.

Which Abs Exercise Gets You A 6-Pack?

No exercise is going to automatically get you a six pack just by doing it over and over again, crunching on the floor. Even if you do hundreds of reps, really isn’t going to help you. I really think in order to have really great abs, you need to be doing full body weight training. So you stimulate those abs to work during those movements.

Remember that nutrition is most important for revealing your abs. No matter how strong your abs are, you won’t see the results if you don’t obtain a certain level of leanness.

So abs exercises might not be that relevant anyway.