Pros And Cons Of Coffee For Weight Loss

Are you a coffee drinker who’s trying to lose weight?

In this video. I’m going to go through the pros and cons of coffee for weight loss.

Hi, it’s Ivana helping you get fit healthy and strong.

If someone drinks coffee, they tend to be pretty attached to their coffee. 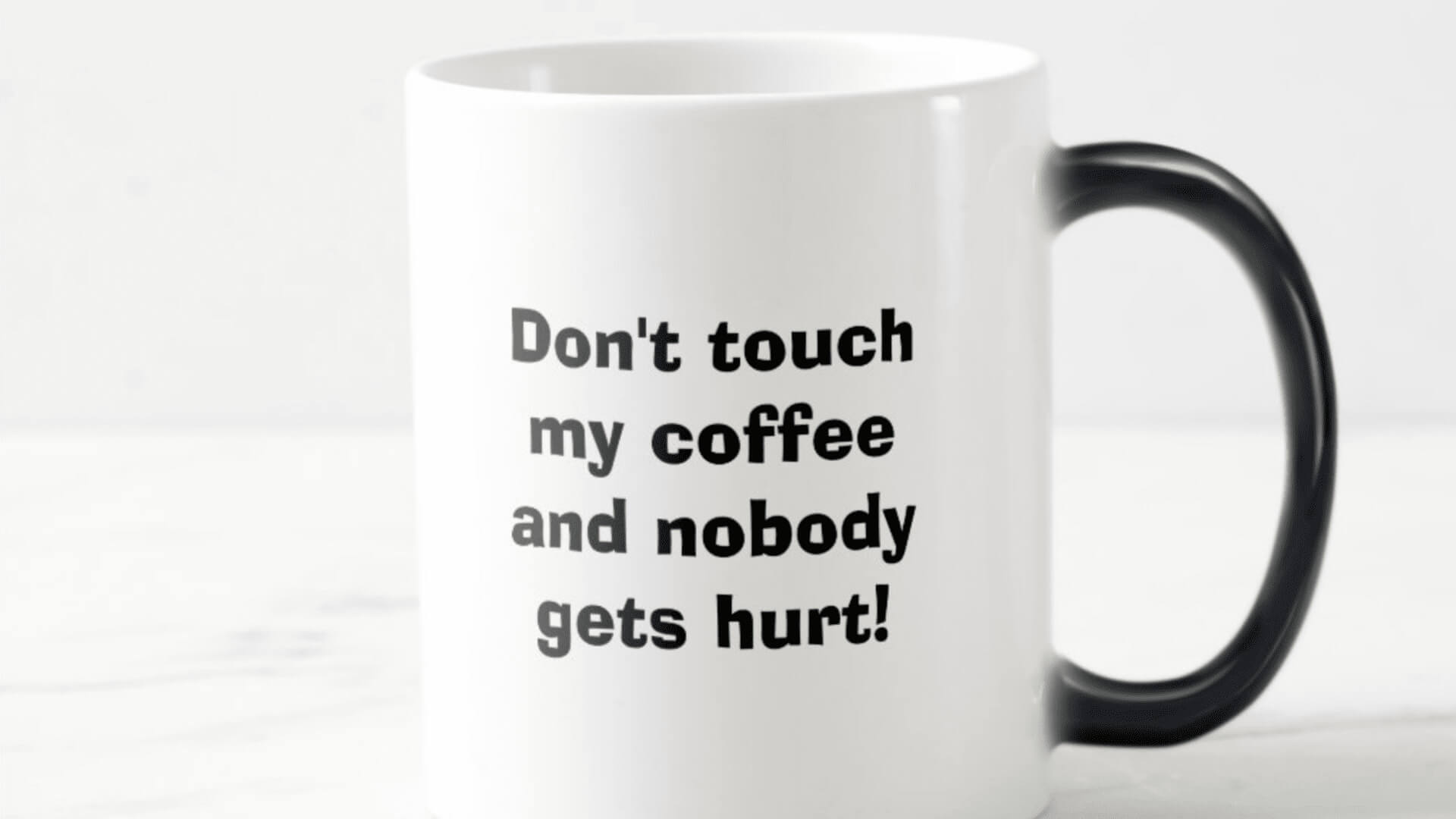 And I’m definitely not against that. Now there are a lot of things to talk about with respect to coffee and nutrition.

In this video, I’m going to focus specifically on weight loss.

So I’ll first go through the pros and I’m going to hit the cons.

And when we get to the cons, you’re going to find out why I don’t drink coffee myself, even though I do recommend it to many of my clients.

Pros Of Coffee For Weight Loss

So let’s start off with the good stuff. Coffee is an ergogenic aid, and that’s because it contains caffeine, which is a stimulant. That means it increases energy, reduces fatigue, and actually reduces the perception of pain, especially during workouts.

You’re more likely to have more energetic workouts, and you’re not going to feel that those workouts are quite as challenging he could absorb for caffeine is about 15 minutes to two hours.

While we generally say about one hour before your workout is the best time to drink your coffee.

Now, the dose for performance enhancement is about three to six milligrams per kilogram of body weight. So if you weigh 70 kilos, for instance, that’s about 155 pounds, then you’ll want between 210 and 420 milligrams of caffeine.

What does that represent in coffee terms? Coffee varies quite a lot, but a brewed coffee, that’s about eight ounces, will come in at about 95 milligrams. So just under a hundred milligrams per cup of coffee. Two cups of coffee, maybe three, prior to a workout can be a really great way of getting more out of your workout and expending more calories.

So the next pro is coffee gives you energy. Due to that caffeine that we’ve just talked about, it’s going to make you feel more energetic.

You’re going to move around a lot. And if you’re trying to produce a calorie deficit, which is what you need in order to lose weight, you want to burn off as much as you can.

It’s not just through the mechanism that I just explained, the fact that you’re moving around so that you’re expending energy. The caffeine in coffee has a mild thermogenic effect. So it’s actually burning off more calories within your system as well.

This is a lot smaller than most people think. And it’s the reason why supplements and fat burners and that type of thing where the main ingredient is caffeine. Just like it is in coffee are not really that effective. If you don’t combine them with exercise and a proper diet as well.

Let’s not count on that too much, but it is a minor benefit of coffee.

You probably this, that if you’re drinking coffee, you’re not likely to eat as much. It does actually reduce your desire to eat.

Please don’t put butter in it or coconut oil or anything like that!

I’m going to get a little bit into that once we get to the cons, but coffee can reduce your appetite. And that means that you’re going to be consuming fewer calories overall and producing a calorie deficit for weight loss.

Cons Of Coffee For Weight Loss

And now we’re over to the cons of coffee for weight loss.

Coffee Can Interfere With Sleep

The Half-Life Of Caffeine

It is a drug and the half-life of this drug caffeine is about five hours. Although it can range from about one and a half to nine and a half hours.

The half-life refers to how long it takes for that drug to have itself in your system. It takes about five hours to drop to half of whatever you’ve consumed in your body.

Now, there are a lot of factors that affect your sensitivity to caffeine, and then the half-life in your body, including your own personal sensitivity, obesity medications that you’re taking. And even altitude. Now caffeine takes about four or five half-lifes to get out of your system completely.

If you multiply that four to five, by those five hours, you’ve got that caffeine in your system a lot longer than most people think. Even if you drink that coffee early in the day, you’re still going to have a little bit leftover.

So if you’re having issues with sleep, then it’s really important to lower your coffee intake and to keep it as early on in the day as possible. At least you’ve given your body a chance to reduce the amount of caffeine left in your system before you go to bed. So ideally you’ll have your coffee before noon, but if you really need it, try to at least stop by about two or three PM in the afternoon.

Side Effects Of Coffee

The next con of coffee is side effects.

For some people, even at lower doses, caffeine from coffee can result in jitteriness, nervousness irritability. The more coffee you drink, the more likely you are to experience those symptoms. If you’ve ever had one or two coffees too many, then you’ve probably experienced that kind of, you know, that unpleasant feeling that you go beyond the point where you’re stimulated and you’re just, you’re completely overstimulated for most people.

A safe limit is about three to four cups of coffee. And that’s assuming you have an average tolerance. This amount has actually been shown in research as well, to have more benefits than drawbacks when it comes to your health. And now we’re onto the con. That’s going to explain why I don’t drink coffee. Myself.

Coffee Is A Gut Irritant

If you suffer from reflux acid reflux or heartburn, as it’s commonly called, then coffee may not be a good option for you. Obviously, if you’re uncomfortable, you’re going to have a hard time working out and it’s just going to be unpleasant. This is why I don’t drink coffee. It really burns my guts up. Basically I can get away with like a frappuccino, but that’s more sugar and milk probably than caffeine or coffee in there.

I also suffer from IBS irritable bowel syndrome. Anybody who has digestive issues might want to reconsider their coffee intake.

Coffee Is Either High Or Low In Calories

Now I’m going to throw this one in here. Now it can be a pro or a con coffee can be high in calories or have almost no calories at all. So let’s say just a coffee itself, just a brewed coffee with all that delicious caffeine. And it has almost no calories. It’s probably less than five and an eight ounce coffee.

However, a lot of people will throw in a large amount of cream or sugar and sometimes whipped cream. So you can get probably a 300 or 400 calorie coffee.

And I don’t even want to start talking about the frappucinos, but those are a completely different thing. Those are more like a dessert in my eyes, especially if you’re getting the ones that do have the whipped cream, three or four cups of coffee.

If they’re just plain or even if they had one scoop of sugar or just a milk, it wouldn’t be a big deal.

But if you have one of those higher calorie coffee beverages, and you’re having that four times a day, let’s say it’s only 200 calories. Then that’s 800 calories a day. And unless you’re a very large person and you don’t have much weight to lose 800 calories a day, that’s more than a meal. So think about that when you’re adding up your calorie intake for coffee.

Another con is that coffee can produce dependence. Now it’s not going to happen to everybody. But if you get to the point where you need five or six cups of coffee to get through your day, then it’s probably not a good thing. If you’re just so tired that you need that amount, then you really want to look to sleep. And I always look to sleep. It’s the first thing that I discuss with my clients is, “How much are you sleeping?”

Because often your appetite increases when you’re tired and your energy levels are going to go down. So you’re not going to be able to make the right choices for weight loss. If you don’t get enough sleep. And if you are having five to six to seven cups of coffee, and especially later on in the day, whether or not you realize it, that’s going to be affecting your sleep quality. So it’s something to think about.

If you’re drinking a lot of coffee, two or three cups of coffee a day is perfectly good and can produce some great benefits for you when it comes to weight loss. Once you get much further beyond that, the benefits of coffee are really going to be reduced.

Caffeine is a drug and you will develop a tolerance over time. And that also means that if you’ve tried to get rid of that coffee altogether, then you may experience headaches and irritability. And that means that you’ve probably been having a bit too much.

So I hope I’ve helped you justify your coffee habit if that’s what you came here for. Because I really think there are benefits for a lot of people. And maybe I’ve given you some cons to consider that you might not have thought of before.

Please hit that like button, if they’ve helped you in any way. Oh, and don’t forget to subscribe and hit the bell. I’ve got a lot more videos on my channel about weight loss, check those out as well.

TVA Exercises To Prevent Back Pain

Do You Suffer From Excusitis?

Mobility Drills To Keep You Flexible As You Get Older