McGill Big 3 Exercises For Your Core

McGill Big 3 Exercises For Your Core

Do you suffer from back pain or just want to build a stronger core?

Today I’m going to talk to you about McGill’s big three exercises.

Dr. Stuart McGill is a professor in spinal biomechanics at the university of Waterloo that’s right here in Ontario, Canada (where I also live!). 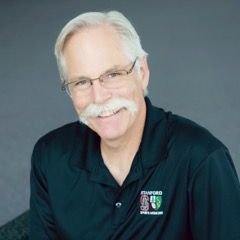 He’s basically the master of helping people recover from back pain.

He’s done a lot of research and he teaches clinicians. He knows what he’s talking about when it comes to spinal health.

Dr McGill has three exercises that he calls his big three that are important for spinal stability.

Those are the ones I’m going to share with you today, particularly important for people with lower back pain and make sure you watch the video all the way to the end because I’m going to show you how to incorporate these exercises into your routine and I’m going to explain the one very important instruction that Dr McGill insists on for all exercises.

We’re going to start off with the bird dog exercise, which you’ve probably seen before, but this is a very specific version for McGill. He likes to do the isometric hold. It’s a very slow controlled movement with a hold. So you’re on your hands and knees here and about whatever’s comfortable, hip did stints for you.

First thing that you’re going to do is make sure that you’ve got an arch in your lumbar spine, maintaining that natural curve and you’re going to pull in, dry your abs up without rounding your back. So maintain the curve, tighten up with the apps and then move.

You’re holding for about 10 seconds at the top and then bring it back down. It’s very important that you avoid shifting from side to side. Everything is done with the control of the abdominals. When you’re finished, all your reps on one side, you switch and then come back down.

This is a great exercise for the core, the TVA, and the back. That’s everything that’s involved with stabilizing the spine.

The next exercise is the modified curl up.

You’re going to start this on your back.

Place your hands underneath your lower back and you want to maintain that arch throughout the exercise.

The other important thing here is that you’re lifting your elbows up. Just to take the attention off there.

That’s your starting position with your upper body. One leg, in this case, one knee is going to be bent and the other leg is going to be straight. So it focuses and helps you brace on that side. What happens here is that you want to do that bracing action. You’re tightening up your abdominals before you make any movement. Think about when you’re in a plank position.

That’s the bracing action. So you brace and then lift the head up and then you’re holding there. So you do your accounts from here and then back down. Now it’s really important that you don’t start cranking your neck up or anything like that.

It’s a very gentle lift. You just want to lightly lift your head up, hold it there, and then back down. Remember also that your elbows are still up, your back is still arched and you’ve got one leg in front. When you’re done all the repetitions and holds on one side, you can switch over and do it on the other side. So left brace to begin and hold. One, two, three, four, five, six and then.

The last exercise is the side bridge or the side plank.

You’ve got that little curve in the lower back and you’re pulling in your TVA. You can either put your hands here at the side. I like to do this one with the hands. Is that just to hold that position and the same thing. It’s a bracing of the abs so you can feel the obliques working primarily here. You’re going to get a little bit of glute work there as well. That’s your whole position and then you come down and then you’re going to come up and do this. So it would be 10 seconds on one side and then come back up for another rep of 10 seconds.

Then come back down. And then you do this six times on one side and switch over and do six reps on the other.

How To Fit The McGill Big 3 Into Your Workout Program

You’ll notice that if you go through the entire protocol that it can take a long time. So you can modify this, you can do one of these big three exercises per day, or you can just do a shorter amount. You can go straight up to the ten second you can modify the holds in general throughout the program and just do whatever works for you. It’s better to be doing these exercises some way and partially then not to be doing them at all.

And the one thing that Dr McGill absolutely insists on is the neutral lumber spine.

That means just maintaining that curve in your lower back while you’re performing these exercises. So to be honest, despite the fact that McGill is such an expert, the idea is somewhat controversial and a lot of people think it’s perfectly safe to be able to flatten the back.

Just kind of flatten this, this way to train the TVA and it’s okay to do some exercises that way.

His expertise is with back pain patients particularly. Perhaps for someone with a healthy spine, it’s not an issue.

I’ve actually found that with beginners, flattening the lumbar spine helps them to learn how to activate the transfers of dominance. And I think that’s the key because we need to learn to activate the TVA first and then we can use it in all positions. Because remember the role of the TVA is to stabilize the pelvis and the lower back before you, before there’s movement of the arms or legs. So you really want to make sure that you know how to activate that TVA one way or the other. So let me know in the comments if you’ve used these exercises before, what your experience was.

What Is Skinny Fat?