Are Abs Made In The Kitchen?

You’ve probably heard the expression: abs are made in the kitchen.

But what does it mean?

And are abs made in the kitchen?

When people say abs they mean visible abs. So you can see that someone has those ripples at the front. 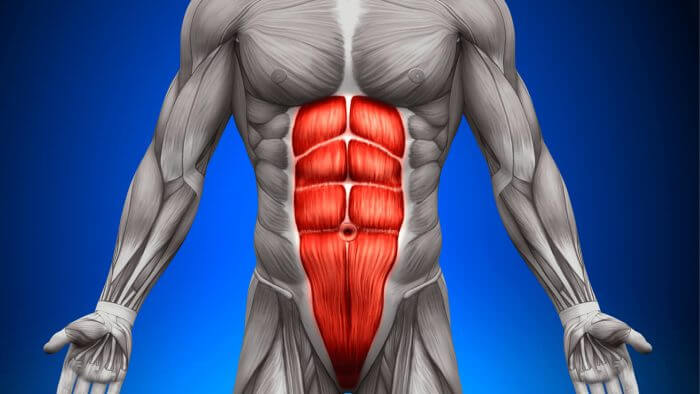 They’re in pairs. It’s separated by the linea alba. And there’s connective tissue between the muscles that creates that sort of bumpy effect or the effect of separated out.

Now all of us have got these. You may not believe it, but they’re there.

It might look slightly different. If you’re very tall, you’ll find that the muscle bellies are longer. So it doesn’t have that appearance where someone’s shorter, they have shorter muscle bellies and then it kind of gives that more bumpy effect to it.

And there’s nothing you can do about that. That’s just the way the origins and insertions of the muscle are.

But what you can change is how much fat you have over the top of those abs. And that’s what determines whether you can see those bumps at the front or not. You need to get quite lean in order to see that definition. And you’re not going to get lean with abs exercises.

Getting Your Belly Fat Down

Body fat levels are the main part. And in order to get your body fat levels down it’s really your nutrition that’s going to make a difference.

Exercise is important and useful overall though. Reducing your body fat levels and getting lean is primarily going to be about everything in here. Not the Yoda! But, everything that you have in your cupboards and in your fridge. It’s what you’re deciding to eat on a regular basis, determines whether you’re going to be in a calorie deficit in order to lose weight and lose body fat.

Or if you’re in a calorie surplus, and you’re going to continue to put on fat, or you could be at maintenance. So you’re eating exactly the amount of calories in order to maintain the current situation you’re in.

Are Abs Made In The Kitchen?

So abs aren’t ONLY made in the kitchen.

Abs are also built in your DNA. Genetics play a role in what your abdominals look like.

Building Abs At The Gym

And to an extent, abs are also made in the gym. You can do some isolation exercises. They’re not completely worthless! In order to target the rectus abdominis and help build that muscle a little bit more.

Weight training can be really helpful as well. You’re building muscle overall, but it also stimulates the abdominal muscles when you’re doing lifts like squats and deadlifts. It’s really anything that’s challenging your balance and strength and different positions. You’ll slightly activate your abs during that time.

So are abs made the kitchen?

Yes, but not just in the kitchen.

What Does It Take To Get Abs

So while there is a contribution from genetics and exercise in your abs, what really makes the biggest difference for how visible your abs are and how good they look is what you eat.

Do you agree? Disagree?

Please let me know in the comments.

Diet And Lifestyle Changes For Acid Reflux And GERD

Treating Yourself is Part of Good Nutrition

The Fine Art of Gratitude

Why You’re Not Losing Weight