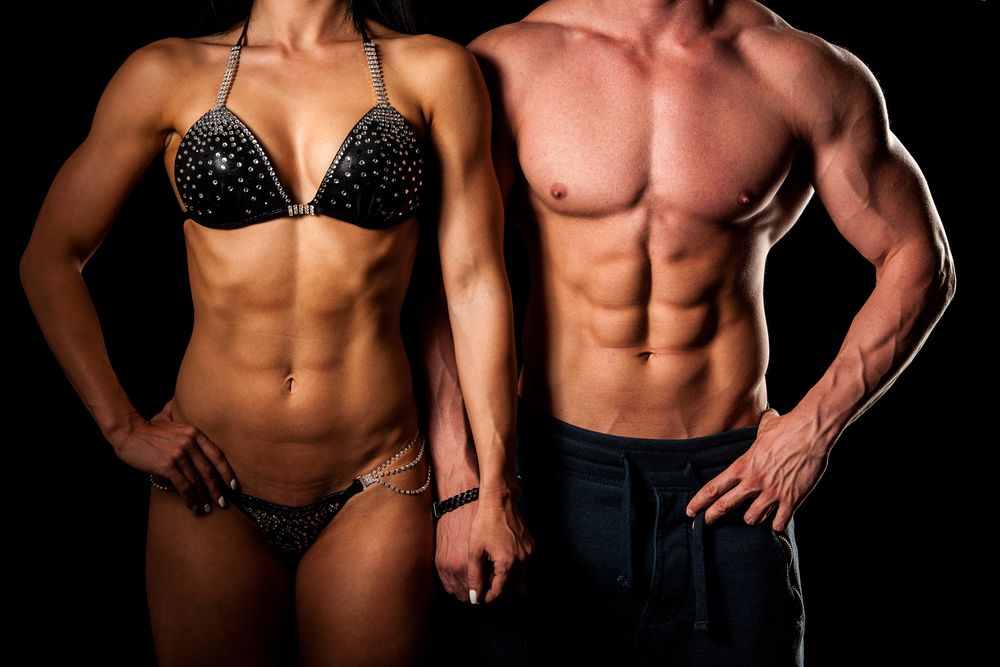 Seems like these two people know something about losing fat.

Do you ever wonder what it really takes to get a lean, athletic body? Is there something special that people who’ve lost fat and kept it off for years know that you don’t?

Not really. There are a few key ingredients that make someone successful in their fat loss efforts for the long haul. When you really want to be that person who’s lean, year-round, for a lifetime, there are certain things that are likely to bring you success.

Every time I take on a new Online Coaching client I look for indicators about whether that person is likely to be successful with their fat loss efforts.

After over 16 years as a fitness and nutrition coach, and with some study of psychology, I’ve become pretty good at picking who’s going to succeed at losing fat long-term.

Everyone has a different way of looking at this workout and nutrition thing and how you feel about it has a lot to do with your success. The signs that someone will be get the body they want tend to be there at the beginning and unless someone makes an active effort to change their behaviour they won’t achieve what they want.

Here Are Seven Things That Indicate That Someone Will Be A Winner At Fat Loss:

1) They focus on the process, rather than the result.

Relying on your weight on the scale can be very misleading. While people who are very overweight know that they’ll need to lose a decent amount of poundage, someone who’s close to their ideal body (who just wants to build a little muscle and get a bit leaner) probably won’t have an accurate idea of where their weight should be. Many people like that won’t change weight at all, and may even gain weight, but they’ll get leaner and – most importantly – look better.

Focus on following your nutrition plan and doing your workouts. What the scale shows may not be a good indicator for you.

2) They take responsibility for their own behaviour.

Many people play the “blame game” and believe that other things (your work, your kids, your spouse, the way you’ve been raised, your genes) are in control of your fat loss. In truth, getting leaner is possible for everyone. While I don’t deny that some people have advantages in many areas, I could also give you examples of people who face significant challenges and still succeed at getting lean and staying that way long-term. Sometimes it’s about setting different priorities and other times it’s just realizing that you have more control over your life than you think you do. 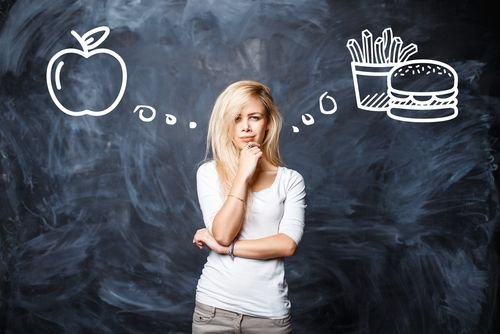 Nobody actually forced you to eat that chocolate cake.

You’re an adult now and you can tell your aunt that you don’t want her freshly-baked cupcakes.

People who realize that the decisions they make are their own (and stop blaming others!) are more likely to stay lean.

That’s not to say that it isn’t challenging sometimes.

We’re conditioned from an early age to associate food with various things, like love, acceptance, happiness….a lot of things besides nourishing our bodies to make them strong and lean.

It’s not an excuse, but it’s something to be aware of and to deal with.

3) They’re proactive and don’t rely on others.

People hire me to give them advice on their workouts and nutrition.

I expect them to do that. I have nearly two decades of experience coaching people with exercise and nutrition and I want to give people that guidance. Still, I can’t do all the work. I can’t physically lift the weights for them and I can’t prepare the nutritious food and push it into their mouths, airplane-style, like I sometimes do with my toddler. 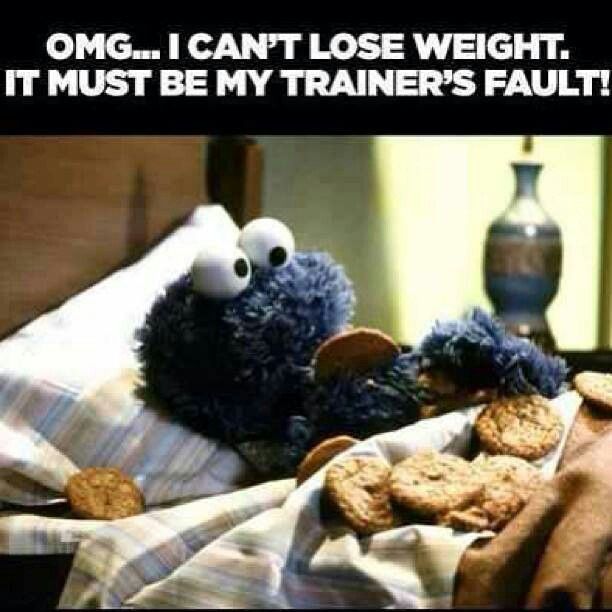 When a client says to me during an Online Coaching session that they’ve been “bad” and treat me like a teacher who’s going to scold them, I know I need to change their thinking.

Sure, I want all my clients to succeed, but I know that it’s ultimately down to them.

Personal responsibility is something that’s often missing in today’s society:

“All those TV ads make me crave junk food.”

“My sedentary job is making me fat.”

“My parents were cruel to me when I was young and now I use food to soothe myself.”

Those are all genuine influences on your behaviour, but they don’t have to control you.

You can take responsibility for your behaviour and find alternative solutions.

You need to figure out ways of getting around potential obstacles on your own. Believe me, for every excuse you have there’s someone out there overcoming it and achieving success.

You need to put in the effort and find solutions for yourself.

Someone added a teaspoon of olive oil to their salad and they don’t worry about it (but make adjustments later on). The macro breakdowns are a bit different for the same food on myfitnesspal…and they don’t freak out. They’re forced to skip working out their legs because of an ankle injury, but they still hit the gym 5 times a week and train their upper body. 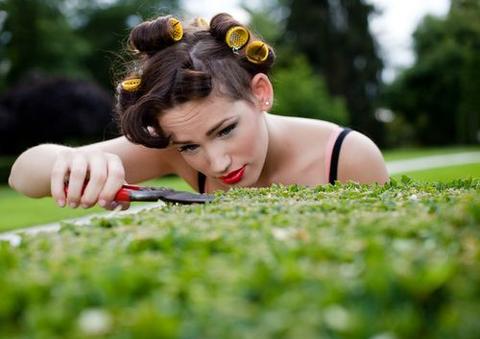 Expecting everything to be perfect is a great way to feel like a failure all the time.

I’ve seen many people throw in the towel on their fat loss plans after getting sick and having to take a week off. Some people just can’t get it together after they’ve gone on a holiday and their workout and nutrition plan veered off course.

The all-or-nothing mentality was what did them in.

They thought because they didn’t do what they were “supposed to do” for a week or two it wasn’t worth following through at all.

Being flexible means that you’re less likely to give up when things get a bit complicated. And life is full of complications.

They will come, no matter how hard you hope for everything to work out perfectly.

Things will get busy at work.

You’ll have to travel.

Your motivation will probably wane (many times!) over the course of your fitness journey.

Accepting those inevitable imperfections, and not letting them make you give up, is the key to long-term success.

5) They focus on building their physique, rather than “burning off calories” through exercise.

The amount of calories that you burn during exercise is relatively small compared to what your body burns just going through its normal metabolic processes. When you focus on building muscle, you’re building a more active, shapely machine that burns more calories all the time. And you’ll having fewer fat cells sending out messages to your other cells to stay fat. 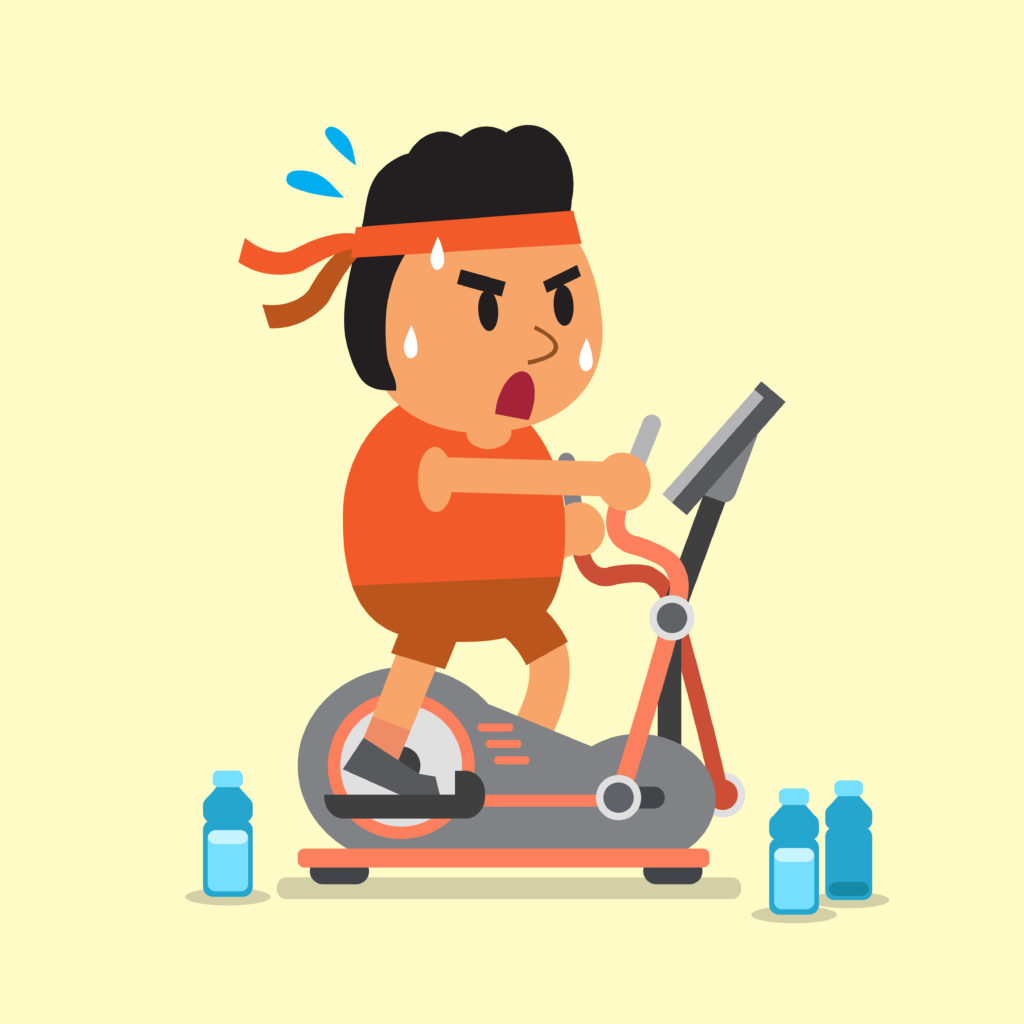 If you’re constantly thinking, “Oh, I had that chocolate cake so now I need to jog it off” then you’re not only going to be making the wrong choice for type of exercise (cardio vs. weights), but you’ll be developing a negative relationship with both food AND exercise at the same time. If you focus on getting stronger, lifting heavier weights, and pushing your muscles to the limit with weight training, you’ll be more likely to feel good about exercise. Food will be the fuel that propels your muscle gains and improves your next performance. That sort of attitude makes you more likely to go to the gym, work hard, and then give your body what it needs afterwards.

6) They recognize that they have to make changes and some sacrifices.

Yes, you can eat any food you want and still be lean and look great. You just can’t eat everything you want, in unlimited quantities, every day.

Some sacrifices do have to be made to make improvements and get results.

If you do what you’ve always done (ie. eating & exercise), you’ll get whatever you’ve always had (ie. your body will look the same).

Some changes to your nutrition, workouts, and lifestyle need to be made if you want to see changes in your body.

I’ve had potential Online Coaching clients come to me, thinking they were going to see massive changes to their bodies with only one or two weight training sessions a week.

It doesn’t work that way.

The changes you see will be proportional to the changes you’re able to make with the food you eat (mainly) and the exercise you do.

Change a little and you’ll see little in the way of results.

Change a lot and you’re more likely to see the significant improvements you want.

People who are successful at fat loss realize that they need to change what they’re currently doing to build a leaner body. They may need to give up some TV or Internet time to hit the gym. Recognizing that there’s work involved in the process of rebuilding your body makes you more likely to succeed.

7) They don’t worry what other people think.

We’re living in a sick, sedentary society where around 66% of people are overweight and obese. If you let yourself be part of that crowd, rather than being an inspiration to them, you won’t achieve a lean, athletic body.

You might feel ok about yourself, because you’re no worse off than the others, but you’ll never really achieve any serious physique goals. 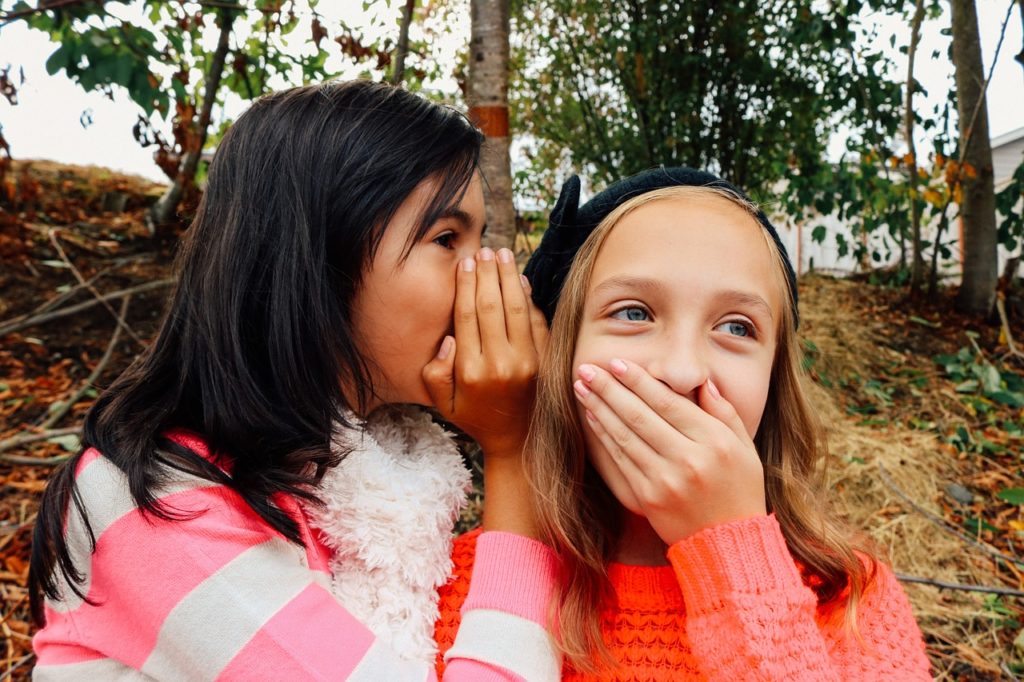 It’s even become a thing on social media to “fit shame” people who are muscular and lean, as if they’re doing something wrong.

That’s a bit scary, if you ask me.

When did it become ok to look down on people who are trying to be healthy, get strong, and have great bodies?

Most people are unwilling to make the sacrifices needed to have a lean body so they want to make people who are committed to the process feel like they’re doing something wrong.

Maybe you’ve heard something along the lines of these statements before:

“Oh, come on, have another drink…you’re being boring!”

“Why are you eating that chicken and grilled vegetable medley? Come with us to get some pizza!”

“He’s at the gym AGAIN this week. What a fitness freak!”

In order to get lean, you’ll probably have to do a lot of things that average people consider “weird”. Don’t worry about what people think and you’ll be more likely to be successful with your efforts.

Yes, I want all of my Online Coaching clients to be successful at getting lean.

A coaching relationship is a partnership.

I provide the knowledge and tools to help make the fat loss journey successful. The client actually has to follow through and do what I recommend.

Over the years, I’ve provided nutrition and workout advice to hundreds of people. It’s hard to say exactly how many of those people followed the majority of the guidelines that I gave them.

I do know that the ones that followed my recommendations did better. Those people who were able to apply the tools I’ve outlined above were able to succeed in the long run.

If you haven’t been using the tools of the “winners” up until now, don’t lose heart.

You can change your thought process and adjust your behaviour over time.

Focus on the process of getting lean.

Follow your plan, but be flexible and make adjustments as needed. You’ll need to make some sacrifices if you really want to make a long-lasting changes to your body. Try not to get caught up in what people think about what you’re doing.

This is your fat loss journey and it needs to work for you over the long term.

Follow the seven secrets of fat loss winners and you’ll be on your way.

How Other People Can Help You Get the Results You Want

Stop Wasting Your Time in the Gym!